The Children's Entertainer for Bournemouth, Poole and Beyond

Mr Merlin - a winner of the coveted 'UK Children's Entertainer Of The Year', has been a full time professional children's entertainer since 1994. Even before then he worked on the entertainments teams at Pontins and Haven. He ran a children's entertainment club with (on occasions) 100+ children for 2 hours in the morning and 2 hours in the evening. This gave him lots of experience and many of the skills he uses today. He then went on to become the entertainments manager on holiday parks in Christchurch and New Milton responsible for entertaining the whole family. It was whilst on these parks that he developed his adult comedy-magic cabaret act, became proficient at close-up magic and now wows audiences all over the world. As well as perform, he also teaches too in a magic workshop for older children.

Mr Merlin typically performs 45 minute children's shows, but for fives and over, he also does the full package with games, competitions and music. He even supplies any required prizes. He will, of course adapt what he does around your needs to ensure that you get exactly what you want. If you want a Punch & Judy show in a booth small enough to fit indoors, he can do that too. He does a traditional show with hand carved puppets, with all the old elements but without the over-the-top violence.

Regular visits to conventions are important to keep him enthused and fresh. Even as experienced as he is, Mr Merlin is always learning and travels all over the world, gaining knowledge from the world's best at lectures and meetings. Early in 2015 he even travelled to California to a children's entertainer convention there.

Primarily a birthday party magician, Mr Merlin can work at many different events and locations. Schools, nurseries, pre-schools are the bulk of his work at end of term parties. During the summer, hotels, holiday parks, festivals, carnivals, fêtes and tourist destinations  fill his diary. Mr Merlin (and Okey Dokey of course) also do lots of work for the corporate sector at company events, shopping centres, and promotional work. Basically wherever there is a call for a children's entertainer or wherever the family entertainment is needed, Mr Merlin and Okey Dokey the Dragon will do a great job and put a smile on everyone's face.

UK Children's Entertainer of the year! 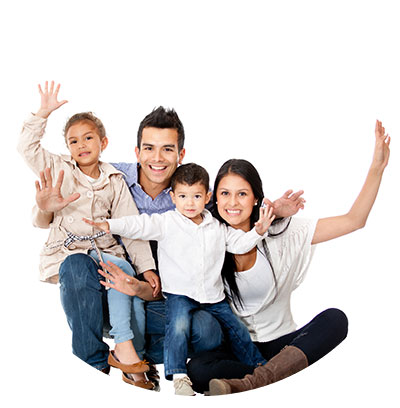 Hints and Tips for parents

Parties can be stressful to organise. A children's entertainer for birthdays, weddings, christenings or even school and Christmas parties. If you have a party hint of your own you would like to share, let Mr Merlin know and he may add it to the list and so help other parents and event organisers. Here are some helpful hints to help things go smoothly. 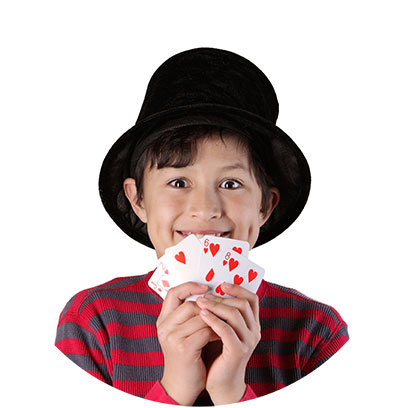 For older children, Mr Merlin can put together a one hour workshop with superb magical close-up magic skills finishing off with a workshop where he teaches skills the children can impress friends and family alike. It is fun, educational and is a great confidence booster. Mr Merlin travels all through Dorset and Hampshire for this, not just in the Bournemouth and Poole area.

Mr Merlin is a father of beautiful twin girls. He moved to Bournemouth in 1993 and his wife is Poole born and bred. Originally from Wales (Hence the red dragon), Mr Merlin now considers Dorset his home. He loves the New Forest, cheers on AFC Bournemouth and occasionally goes to watch the Poole Pirates Speedway. He has been a full time professional magician and children's entertainer since 1994 and travels mostly across the south coast towards Southampton and Portsmouth in the East, Dorchester and Weymouth in the West and up towards Salisbury. On occasions, he has been known to travel further afield, often doing shows in London and even one off performances in Egypt, Spain and Las Vegas. His favourite venues locally are at the Kids Fun Festival in Bournemouth Gardens and on the Quay in Poole for Fireworks nights.

As well as entertaining children, Mr Merlin (a.k.a. Wyn Jones) also entertains at functions in most top Bournemouth and Poole hotels, weddings, and parties as a wandering close-up magician. Comedy cabaret too! Click here, or on the title to check out his website. 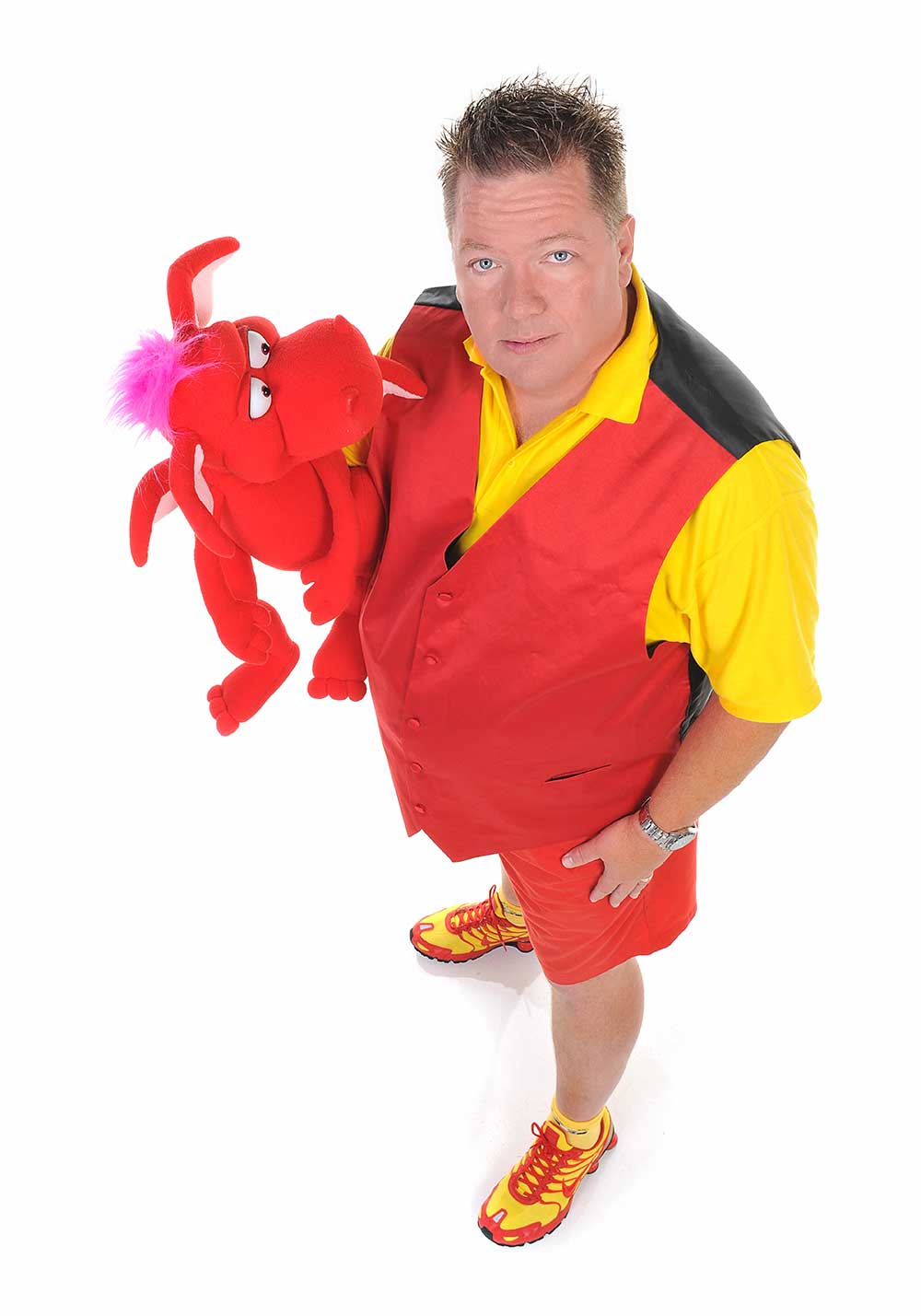 The latest from our blog

Getting The Most Out Of Your Party Entertainer   For some parents, organising a birthday party for their child is a doddle and they breeze through it. For others it can be quite stressful. Some choose to do the whole party themselves. Others hire a bouncy castle. Some book a magician to do a show, but organise the games themselves. A few parents enlist a professional entertainer to come and provide some magical fun with a show and games at their child’s birthday party. The latter is a good way to reduce the stress and make sure it’s a fun, memorable occasion. There are ways in which you can help though, and the video highlights a few of those.

Party themes and how your entertainer fits in with it.

Themed Children’s Parties. Everyone loves a themed children’s party. The children at the parties get to immerse themselves in the world of their favourite characters and be their heroes for one day. They may be a Stormtrooper, a Princess, a Pirate or Harry Potter, complete with light-sabers, tiaras, swords or magic wands. One party I did in a hall in Poole was decked out like Narnia, with white sheeting everywhere, icicles, a Pin the Tail on the Lion game and even a working lamp-post. Recently Star Wars has featured heavily in theming because of its popularity with girls and boys especially seeing as it has a strong female lead in the movie

Choosing a children’s entertainer in the Bournemouth, Poole and Dorset areas can be a difficult. How can you make that decision easier for yourself?

How to choose your children’s entertainer. As a parent you want your child’s birthday or other special occasion party to be fun and enjoyable for them and all of their guests. It could be that you want the children entertained at a christening, a wedding or even a bar mitzvah. However, planning and carrying out that children’s party can be incredibly problematic, especially for today’s busy parents. Not only do you have to plan the party, send out the invitations, see to the food and the decorations, but you have to come with the entertainment as well. So you make the decision to take some of the stress out of your next children’s party by hiring a professional children’s entertainer. How can you be sure that you’ve chosen the correct one?

Close up Magic parties for older children in Bournemouth

Birthday Parties for older children in Bournemouth, Poole and including the rest of Dorset.   Birthday parties for children can be peculiar. They are fun, exciting happy times for children, but can be stressful times for the parents. It’s no wonder that many are happy when the children are too old for parties. Many, however, still want to celebrate their child’s birthday even though they’ve outgrown jelly & ice cream and pass the parcel. Some opt for bowling in Poole, or laser quest in Bournemouth, but there is another option. Magic Workshops!

Balloon games you can do at parties

Entertaining children with Balloons   You know what it’s like with some children? You can spend a fortune on them for Xmas and they end up playing with the box the toys came in. You get the most up to date subscription to channels like Netflix and they watch Disney movies from even before you were born. People tend to expect children to like the new, the high tech and the complicated, but that’s not true. They like to be engaged. Sometimes less is more. With that in mind, your bog standard balloon can give children a lot of entertainment value. They love playing with them but here are a few structured game ideas that you can do at your next party that will not only keep them interested but is cheap as well.

How I became a children’s entertainer in Bournemouth

A Children’s Entertainer in Bournemouth. It was 1994, and I was an entertainments manager on a holiday park in New Milton.  I had an agent, based in Portsmouth and I went to him and asked what sort of work could I expect in the off season. Naturally, the holiday parks closed over the winter period so he said get yourself a magic show together, get a Punch & Judy booth if you can and become a children’s entertainer. I worked with children every day in the club that I ran and in the evenings I had a captive audience to help develop my show so I went for it. I performed as often as I could, adding things gradually until I had an act.

Mr Merlin’s Blog Page. This is an exciting new development for me. This is my first post on my first ever blog and it’s here on my new website. A site about what I do as a kid’s entertainer.  I will be discussing how I became a children’s entertainer in Bournemouth and Poole and the decisions I had to make along the way. About what I do in my shows and some fun anecdotes. I will share party ideas, games suggestions for you to do yourself, and many other things with a Mr Merlin twist to it.

Please remember to give as much information as possible